India is a country of diversity, with characteristically unique states and people belonging to various cultural and ethnic groups. The land is divided based on geographical, climatic and cultural features.

It is the most varied and visited region in India with its regal mountain ranges, fertile plains, deserts and forests.

The Golden Triangle is a popular tourist circuit, which connects the cities of Delhi, Agra and Jaipur. This circuit includes many historic sites, desert camps, rural countryside and miniature forts.

Most tourists like to begin their journey of exploring northern India from Delhi, the capital city of India and then travelling onto nearby states like Punjab with its lush fields, the planned city of Chandigarh and the spectacular Golden Temple in Amritsar; the state of Rajasthan with its vibrant culture, royal forts and palaces; or perhaps visit the ancient city of Varanas, which is one of the oldest living cities of the world where you can witness mesmerizing aartis (a Hindu ritual of lighting wicks while worshiping a deity) by the ghats.

You could also visit other states like Himachal Pradesh & Uttarakhand to explore the cold hill stations, trek in the mountains, and explore the Buddhist monasteries. Travel a little further to the mythical land of Leh – Ladakh, a cold desert and explore the ancient monasteries and mountain villages nestled high up in the Himalayas.

The tropical south offers a laid-back and gentle introduction to India. The lush state of Kerala – known as the “God’s Own Country” is a paradise for nature enthusiasts, with its coconut palm tree fringed beaches, tea and spice plantations, paddy fields and scenic waterways! Kerala is also popularly known for wellness, spa and Ayurveda!

At north of Kerala lies Karnataka, home to remarkable ancient cultural sites, forests and beaches. Popular cities to visit are Bangalore- known as the Silicon Valley of India, Mysore with its famous palace and beautiful temples, the ancient colossal ruins at Hampi, Aihole and Pattadakkal or Gokarna with its laid back beaches.

Tamil Nadu is famous for the origin of an Indian classical dance of Bharatnatyam, Carnatic music and ornate Hindu temples. Chennai, its capital city is known as the gateway to South India and leads to Pondicherry - a French colonial city that has beautiful beaches and longstanding French quarters. The temple cities like Thanjavur, Madurai are also a must visit if you want to see ancient temples & their architecture!

For a luxury holiday one can choose from a variety of accommodations close to the wilderness such as tented camps provided by Taj Hotel, boutique lodges in Samode Safari, The Sarai at Toria and many other resorts.

Moreover Central India also offers a chance to go on off-beaten tracks and discover the authentic rural and tribal areas that has its own unique textiles, handicrafts, food and culture.

The eastern and north-eastern part of India feels like it has a time and charm of its own. There is so much variation and diversity within this region itself. The seven-sister states in north east have very unique geography. Around 60% of the states are covered by forests and have special wildlife including several endangered species, hills, valleys, clean rivers and waterfalls. They are also known for rich tea heritage and lush tea plantations. Their culture, tradition, languages are also very diverse, which makes it one of the most interesting places to visit.

Then the states of West Bengal and Odisha down in the eastern coast have their own distinctiveness. West Bengal is famous for its Bengali cuisine, art, colonial structures and overall antiquatedness. Kolkata, the capital city still has functioning tramps and hand-pulled rickshaws. Odisha also has a rich history and is home to so many ancient temples, the classical dance of Odissi, traditional music, ancient handicraft of ‘pattachitra’ (paintings made on leaves), applique work called Pipli, brass metal items, distinctive textiles, delicious food, sweets and more. Odisha & West Bengal also have one of the largest mangroves in the country and the world.

Bounded by the scorching Thar Desert one side and the Arabian Sea on another, West India is again very diverse.

The state of Gujarat is known for being the last remaining habitat of Asiatic Lions; the white salty desert of Rann of Kutch that is home to some of extraordinary tribal villages famous for its exquisite textiles, handcrafts and beautiful wildlife; colourful handicrafts and a hub of the diamond market.

In Maharashtra you have popular cities like Mumbai, the commercial capital of India & home to the famous the Bollywood, Lonavala, a cool quite city to get away from busy cities, and Goa– by large the most visited beach city by national and international tourists. For holiday stay, one can choose between luxury beach resorts, colonial mansions turned into boutique hotels or even air bnb’s. Maharashtra is also famous for the UNESCO world heritage site of Ajanta and Ellora Caves dating back to 1st & 2nd Century along with the lesser known wildlife park of Tadoba National Park, which is now considered as one of the best places spot the elusive Bengal Tiger.

India at a Glance 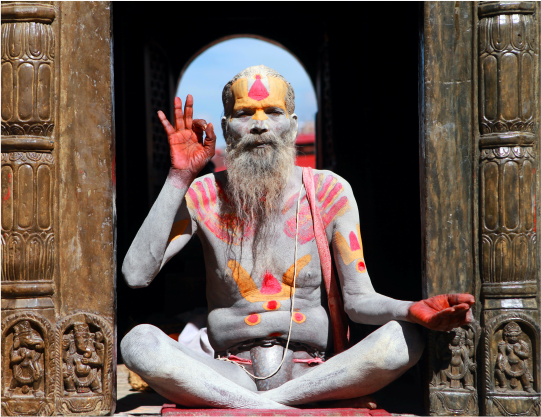 In most parts of India, it is very hot during the summer season which begins in April and continues till July, when the monsoon season begins. The heat peaks in June where the temperatures in the northern plains and the west reach upto 45°C and higher. Winter season usually begins in November and continues until February and the plains in north as well as the barren desert cities in west have a cold wave during this season every year. December and January are the coldest months. The temperature also increases as we head towards south. The average temperature in the south during winter is 24°C – 25°C while in the north, it is between 10° and 15° Celsius.

Cold places like Leh & Ladakh, located in the far north, are most accessible from June to September, when the rest of the country experiences monsoon season.

The best time to visit Southern and Eastern India’s is from November onwards, once the monsoon has ended and temperature is warm and pleasant. As April to June are hottest months, planning a trip to hill stations and mountainous cities is a good idea.

Pack according to the season and the city you are planning to visit. December to February are colder months in north so carrying woolen sweaters & jackets are recommended. If you are travelling other parts of the country and in summer months then lightweight clothing materials are recommended. You should also carry hats/caps if you’re sensitive to sun as well as sunglasses and sunscreen.

You should also keep in mind the local customs and traditions while dressing up. As most Indians are quite conservative, you should preferably dress modestly especially when visiting the smaller cities and towns.

If you’re planning to do yoga on your trip to India, then carry comfortable clothing like yoga pants and t-shirts. Carry comfortable shoes or sandals in which you can walk for hours easily.

Religion is taken very seriously in India and while visiting any religious buildings, shrines, temples, and priests it is essential to show your respect. Before entering any temple or mosque remove your shoes and leave them outside, which you can collect after coming out. Some temples like Jain temples in particular, do not allow anyone to enter while wearing or carrying any leather articles. Entry into religious spaces is also forbidden to menstruating women. Don’t take photographs of deities or religious structures where prohibited.

You should cover your head with a scarf or cloth when entering a religious place like a dargah (Sufi shrine) or gurudwara. Women have to cover their limbs and men are also expected to dress appropriately with their legs and head covered.

All visitors coming to India should have a valid passport and an Indian visa prior to arrival. Please ensure your passport is valid for at least 6 months from your expected date of return from India.

Your passport should have at least two blank pages that could be used for stamping by the Immigration Officer. Additionally if you are planning to visit restricted areas like in Sikkim, Arunachal Pradesh, Andaman and Nicobar Islands etc., the visa must also include permission to visit these places.

Tourist e-Visa (valid for 60 days) is available for more than 150 nationalities, so you can also check if you are eligible for that. e-Visa charges vary between USD 10 – USD 35 depending on the traveling period & duration. If you were planning a longer visit, then a standard six-month tourist visa would be required.

Visa / Entry Permit is subject to change and depends on the Government policy. Our team will provide you with the exact details on your query about this important & crucial aspect of your travel.